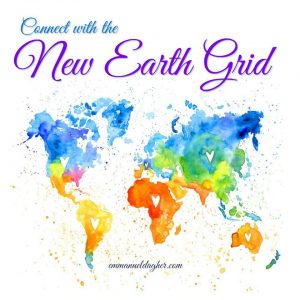 Alfred Lambremont Webre for an Earth’s Representative to Galactic Council & USA President Candidate
June 12 2020
Notes from video – Trump has been groomed for presidency.
What Alfred suggests people do – Incarnating on earth is all about soul development.  Focus on your soul and tending your soul.  Do activities that develop your soul and keep it healthy.

Quantum Guides Show E15 – Alfred Lambremont Webre & More From Emergence of the Omniverse
April 16 2020
“Taking a deeper look into Alfred’s latest book, “Emergence of the Omniverse”.  Find out more about the highly classified DARPA/CIA Project Pegasus time travel technology, how they transported the 2005 Edition of Alfred’s book Exopolitics, back to 1971, and how this has contributed to current conditions.”
Notes – escape prison planet.  Covid was declassified – not infectious!
peaceinspace.org
Government uses time travel – fascinating discussion.  Past monitors the future.  Control future from the past.  This is chronicled in Alfred book Exopolitics
Latest book on Omniverse – the dark forces cannot go to 5D.

Red Pill Big Picture
Is our Earth lost or Is it on a Positive trajectory?
The 2020 Pandemic triggers human awakening and release of new energy technology with Alfred & Jimmy
May 17 2020
Listening now, this is so important, Shema to relisten and take many notes with time stamps
1 hr 23 min Tribunals of Conscience
A positive pandemic
Zero Point Truth Radio
Reach Jimmy at zeropointtruthradio@gmail.com

Creating a Positive Future:  Time Science Shows Our Earth is on a Positive Timeline in our Time Space Hologram
By Alfred Lambremont Webre

“Positive Future = Positive Timeline + Unity ConsciousnessA key discovery promulgated in this paper is that (1) a critical mass of humanity is (2) co-creating a positive future, through conscious acknowledgement that (3) we are synergistically traveling along a positive timeline (4) in Unity consciousness.

The Positive Future equation has supplanted and overcome an outdated Matrix Elite formula that is no longer effective:  Problem + Reaction = Solution”

Platform – copied from the above link – amazing platform!

Truth & Disclosure – A full public disclosure of the presence of intelligent civilizations in Earth’s environment and a global referendum as to whether and on what conditions humanity should enter into relations and space travel, space colonization, space governance, with organized intelligent universe, multiverse, and Omniverse society.

Implementation of teleportation as a global, national, regional and local transportation system, replacing polluting fossil fuel vehicles (trains, buses, trucks, autos) and their intensive land use in highways, railways, and urban freeways, as well as of a regulated time travel public education program.

Recognition of Animals as sentient beings with rights – Worldwide grant of personhood rights to animals with concomitant rights against murder, slaughter, torture, and cruel and inhumane treatment.  Special intelligent civilization status for cetaceans including whales and dolphins. Development of healthy, safe, tasty protein meat substitutes for humanity’s consumption and nutrition.

Secure Online Direct Democracy at the local, regional, national, and global level – Secure virtual technology now permits the implementation of Swiss canton democracy worldwide.  There is no more need for intermediaries such as City Councils, State or Provincial Legislatures, National Parliaments or Congresses, or even, ultimately in time, a gathering of nations such as the United Nations. Experience over the centuries has shown that the powers that be buy off all intermediaries.  Direct virtual democracy adapts secure virtual technologies and provides virtual hack-proof citizen voting at the municipal, provincial/state, regional, national, and world level.  Under direct virtual democracy, the entire city votes on municipal laws; the entire nation votes on national laws; the world population votes on global standards, all duly informed by government staff at the respective local, national and world level. Municipal Government, for example, is tasked with efficiently picking up the garbage and managing the city according to the laws passed by local virtual democracy.

Reinvention of money as a human right and public utility like air, water or electricity available for creative investment at public money utilities. A global ban on privately controlled central banks like the “U.S. Federal Reserve System” and on privately owned commercial banks. Support of complementary currencies. Licensing of consumer cooperatively owned banks. Imposition of heavy criminal penalties for violation and astronomical fines, for individuals, organizations, and nations.

Social guarantees in the form of annual income, health care, and elementary, secondary, and post-secondary education for every person on the planet, for life. Funded by universal state pools, tax on all financial transactions and by post graduation contributions to education plan, and more.  Implementation of traditional and alternative, as well as advanced extraterrestrial medical technologies.

World Debt Forgiveness – Global forgiveness of all public and private debts – a world bankruptcy for a bankrupt system and an end to the debt – fiat money prison system.  Criminalization of charging interest on money and of fractional reserve lending.

Disenfranchisement of the state power of monarchies and religions worldwide – The UK monarchy and the Vatican are examples of the abuses that occur when two institutions based on non-democratic principles (Divine Right of Kings and Popes) are given established state rights in a modern democratic world.

Criminalization of the war industry – A criminalization of and global ban on war, genocide, and depopulation in all its varied forms, overt and covert. A ban on war as a dispute resolution method. A permanent ban on the design, production, or sale of weapons systems, including nuclear weapons, space-based weapons, and conventional weapons. A permanent ban on the maintenance of offensive armed forces.  Imposition of heavy criminal penalties for violation and astronomical fines, for individuals, organizations, and nations.

Criminal Prosecution and Conviction of War Crimes Racketeering Organization and Restorative Justice for War Crimes Victims – Criminalization and rigorous prosecution of the international war crimes racketeering organization for a planning and implementing a genocidal depopulation program, including (and not limited to):  (a) planning and triggering wars and armed conflicts through false flag operations; (b) regional and global radiation genocide and ecocide through depleted uranium (DU) and the nuclear agenda; (c) planning and implementing environmental war attacks including geo-engineering, weather warfare, HAARP, chemtrails, and scalar weapons robotization and genocide of humanity, famine, vaccines, GMO foods, DNA manipulation and more; (d) Carrying out a program of assassination and Cointelpro terror against activists, researchers and social inventors in the multiple areas of peace research; new energy; food and nutrition; radiation; democracy and electoral politics; (e) Carrying out as DOPE INC. a lethal, 300 hundred year old conspiracy to addict humanity to narcotics and to criminalize useful substances such as hemp for profit and enslavement; (f) the transhumanist agenda of population mind control through nano-weapons, emf and other weapons. (g) Abolition of big tech monopoly of online video broadcast and communications, telecommunications, social media, and the establishment of consumer cooperatives to create online video broadcast and communications, telecommunications, and social media. There is no statute of limitations on murder. Imposition of heavy criminal penalties for violation and astronomical fines, for individuals, organizations, and nations.

How will these suggested collective actions and policies for a positive future manifest along humanity’s positive timeline?

The basic equation of a positive future suggests that these collective actions and policies (or variations of them to achieve essentially the same goals) will manifest out of the synergy of the positive timeline and humanity’s awakening to Unity consciousness.

The Positive Future equation reflects a new level of collective manifestation by humanity and its individuals, resulting from the synergistic dynamics of the positive timeline and a humanity awakening to Unity consciousness.

“Futurist Alfred Lambremont Webre’s principal social contributions have been (1) founding the science of Exopolitics through his 2000 book Exopolitics, (2) the 2014 discovery of the Omniverse as the 3rd major cosmological body [after the Universe and the Multiverse] through which humanity understands the cosmos, (3) the development of the Positive Future Equation & the Ascension Hypothesis that describes Soul development in our Universe & Omniverse.”