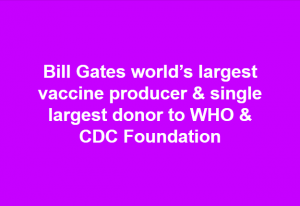 Do We Really Want The Type of World Bill Gates is Visioning and Designing?
Perhaps It is Time to Design the World We Want!

“Billionaire Microsoft co-founder laments the direction the world is going and makes big promises to change the game.

$20 Billion More for Humanitarian Causes
“But I’m still optimistic. These setbacks are happening in the context of two decades’ worth of historic progress and I believe it is possible to mitigate the damage and get back to the progress the world was making,” the entrepreneur said.

But to achieve this, he believes that we will all have to do more, starting with him. With this in mind, he has decided to transfer, this month, $20 billion of his personal fortune to the Bill and Melinda Gates Foundation to help him carry out his missions, like preventing pandemics, reducing childhood deaths, eradicating diseases, improving food security and climate adaptation, achieving gender equality and improving educational outcomes.”

Bill Gates owns hundreds of thousands of acres across the United States —
including 242,000 acres of farmland — making him the country’s top agricultural landholder,
according to Eric O’Keefe’s The Land Report.
Feb 27 2021

“Bill Gates seeks to indemnify himself from public scrutiny, accountability, the rule of law.

Bill Gates is feeling the heat of global dissent.

Feeling the heat of global dissent, Bill Gates is now calling on governments to PUNISH people who oppose mask and vaccine mandates online.

Concerned about “mask hesitancy” and “vaccine hesitancy,” Gates called on governments to “step up” and suppress “false information” about masks and covid shots.”

What are the real reasons behind the two most powerful population control philanthropists in the world? Alex Jones says whats on his mind in the riveting expose into the Gates culling empire.

Half way into podcast – passports discussed, and plan goes far beyond just covid passport – the biometric  identity – the push for wearables – harvesting data per citizen

While more revelations about the Bill Gates–Jeffrey Epstein relationship have begun trickling out following the Gates’s divorce announcement, the strong evidence pointing to their relationship beginning decades prior to 2011 continues to be covered up by the media—not necessarily to protect Bill but to protect Microsoft

Learn The Secrets of Bill And Melinda Gates’ Divorce From Alex Jones
May 3, 2021 Bill and Melinda Gates smiling in glee
as Gates says “the next one will get attention this time”
LIKE THEY ARE ACTUALLY HAPPY ABOUT THIS!

Which means what ?  That they will have a hand in it’s outbreak?

Gates “covid19 will be back in big numbers in Oct Nov 2020”
hummmm I wonder how they are so sure and gleeful about it? 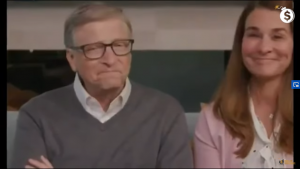 And Consider this … a mosquito delivered vaccine!  How nightmarish is that?
Details on this video listed on our webpage:  Vaccines Important Information

When the Criminal Liars Shout, “Conspiracy Theory!”  You Should Stick to the Facts
May 22 2020  by Peter Koenig 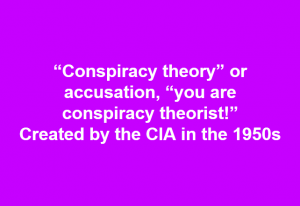 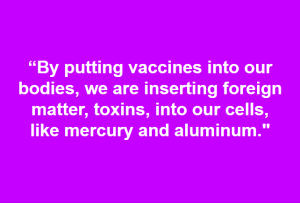 The Brave New World of Bill Gates and Big Telecom

Cuomo Announces Partnership with Bill Gates to “Revolutionize” NY Schools in Wake of Coronavirus
New York Governor Andrew Cuomo said he will use the COVID-19 virus as an opportunity to “revolutionize” the state’s school system, inviting Bill Gates to implement his controversial ideas about education.
By Alan Macleod  May 6 2020

Top Climatologist Slams Bill Gates ‘Terrifying’ Plan To Spray Chemicals IN Stratosphere To ‘Dim the Sun’  May 17 2020
“According to Gates and scientists at Harvard University, more than 800 aircraft would lift millions of tonnes of “calcium carbonate” to a height of 12 miles above the Earth’s surface and then spray the chemicals into the stratosphere.
In theory, the airborne chemicals would create a giant sunshade, reflecting some of the Sun’s rays and heat back into space, in effect dimming the rays that get through and protecting Earth from increasing global temperatures.  One of the Harvard team’s directors, Lizzie Burns, admits: ‘Our idea is terrifying… But so is climate change.‘

News reports say Bill Gates wants to restrict our movement
unless we are vaccinated.

Bill Gates believes over population is a problem.
Bill Gates is not mind controlled.
He is one of the top men.

Descended from elite many of thousands of years ago.
They have a programming that would kick in if they would tend to stray.
– Simon Parke 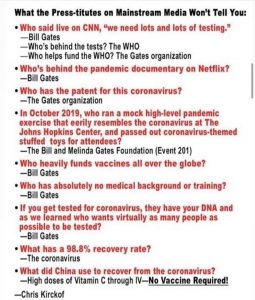 We encourage you to do your own research on Bill Gates

India Holds Bill Gates Accountable For His Vaccine Crimes
As Bill Gates faces a lawsuit for the illegal testing of tribal children in India, it appears that his crimes against humanity have finally caught up with him.

Bill and Melinda Gates Foundations Kicked Out Of India

Bill Gates Is Not a Benign Philanthropist, Quite the Contrary

A comment from anonymous source:  “Robert F. Kennedy has my absolute highest possible respect. This is the kind of sane, balanced, intelligent, factual, basically I arguable, non-oppositional brilliance that can awaken even the deepest asleep among us.”

“Bill Gates is the world’s largest vaccine producer and the single largest donor to WHO and the CDC Foundation. Those agencies are now marketing arms for his vaccine empire. In January 2019, Gates had WHO declare “vaccine hesitancy” the top “global health threat” (with Ebola, cancer, war, and drug-resistant pathogens), signaling a worldwide Pharma Gold Rush to mandate vaccines to all people.

In February 2019, Schiff wrote to Facebook, Google, Amazon, and Pinterest, demanding they censor “vaccine misinformation,” a term meaning all skepticism toward government and industry pronouncements about vaccine safety or efficacy––whether true or not. “Vaccines are both effective and safe,” Schiff wrote. “There is no evidence to suggest that vaccines cause life-threatening or disabling disease.” This was misinformation. A year earlier, Schiff pushed a bill to hike the Vaccine Court admin budget to $11,200,000 to reduce vaccine injury backlogs. The court had already paid out $4 billion for vaccine deaths and disabilities.

Facebook and Pinterest said that they will rely on Gates’s WHO and CDC to say which on-line statements are “misinformation or hoaxes.” Facebook and Google hired “FactChecker” (Politifact) to censor vaccine misinformation.

In his article, “Fact Checker, a Propaganda Device,” investigative journalist Jeremy Hammond concludes, “Facebook is guilty of misinforming its users about vaccine safety…They have no problem with lies about vaccine safety and effectiveness, as long as it’s intended to persuade parents to vaccinate their children.” On May 4, 2017, FactChecker declared false Del Bigtree’s statement, “Vaccines include aluminum and mercury, which are neurotoxins, and vaccines cause encephalopathy.” FactChecker explained, “Current data show vaccines are safe and do not cause toxicity or encephalopathy.” Manufacturer’s inserts reveal that many vaccines contain aluminum and mercury, and cause encephalopathy.

I’m not anti-vaccine. I’m against dangerous, shoddily tested, zero liability vaccines with toxic ingredients. If someone came up with a thoroughly tested vaccine that was completely safe and efficacious, one that performed as promised, one that made people healthier rather than sicker, I’d be for it. Indeed, only an idiot would oppose it. But under no condition would I support mandatory vaccination. Government has no right to force citizens to take unwanted medicines or to submit to involuntary medical interventions. 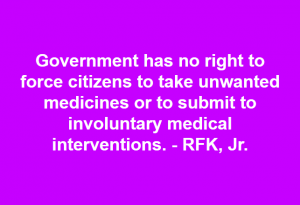 Google is a vaccine company. It has a $760 million partnership with Glaxo, the world’s largest vaccine maker, and similar deals with Sanofi and Merck to mine your medical information. Googles mother company, Alphabet has 4 vaccines developers working on flu, and other, vaccines.”  Robert F. Kennedy, Jr.

“As a private 501(c)(3) public charity, the CDC Foundation receives charitable contributions and philanthropic grants from individuals, foundations, corporations, universities, NGOs and other organizations to advance the work of the Centers for Disease Control and Prevention.”

“How much funding does the CDC receive?
In FY 2019, Congress appropriated $6.5 billion in budget authority to CDC and directed the Department of Health and Human Services (HHS) Secretary to transfer $804.5 million in Prevention and Public Health Funds (PPHF) to CDC for a total program funding level of $7,339,025,000.”

“In addition to Congressional Appropriations, CDC receives approximately $12 million in global funding through foundations and other donors including the Bloomberg Family Foundation, the Bill and Melinda Gates Foundation, and the CDC Foundation.”