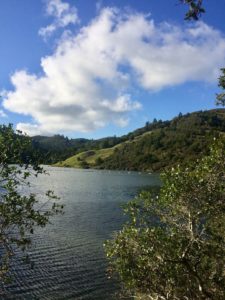 Imagine with us!
If just a few billionaires financially donated large sums to a “Planetary Uplift Plan”

And as you can see in some of the examples listed below, many millionaires donating monies can also attribute to great upliftment

This Article on the 5 Richest Men
stimulated our research at Heart Plan Vision, on alternative ways to redirect “amassed riches”
in order to help the planet – radically, rapidly and now

Just imagining how much good could be done in the world to get life moving in a sustainable direction, if just a few billionaires donated large sums to a “Planetary Uplift Plan”.

On this page we shall explore just that.
It is already happening in small sectors.
Now, how can we ramp this up?

There are examples.  We shall list them as they are identified.
How might these examples stimulate our potentialities?
Let’s ‘think out of box’, be inspired by these examples,
and explore radical ways to leverage what the potential there is in ‘redirecting wealth’
Dream Big! 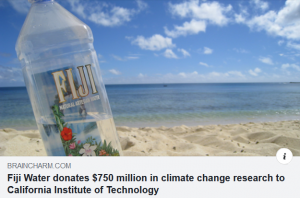 “The billionaire couple who co-own The Wonderful Company, which is the largest producer of almonds and pistachios whose brands include Fiji Water, said the pledge donation is to support environmental sustainability research.

In order to comprehensively manage the climate crisis, we need breakthrough innovations, the kind that will only be possible through significant investment in university research. Science and bold creativity must unite to address the most pressing challenges facing energy, water, and sustainability.” 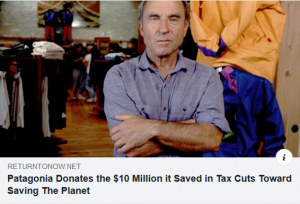 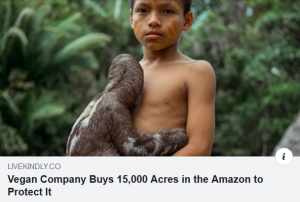 VeganNation Buys 15,000 Acres of the Amazon Rainforest Just to Protect It
Israeli vegan company VeganNation has bought land in the Amazon rainforest to protect it from exploitation and fires from cattle farmers.  Sept 12 2019 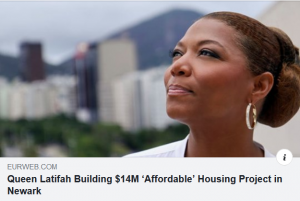 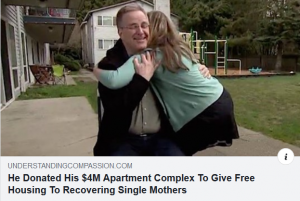 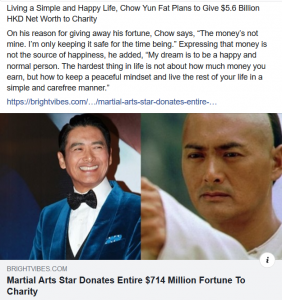 Marital Arts Star Donates Entire $714 Million Fortune to Charity
Crouching Tiger, Hidden Dragon star Chow Yun Fat has big plans for his huge fortune
(FB watch video)
On his reason for giving away his fortune, Chow says, “The money’s not mine. I’m only keeping it safe for the time being.” Expressing that money is not the source of happiness, he added, “My dream is to be a happy and normal person. The hardest thing in life is not about how much money you earn, but how to keep a peaceful mindset and live the rest of your life in a simple and carefree manner.”
Jan 2019 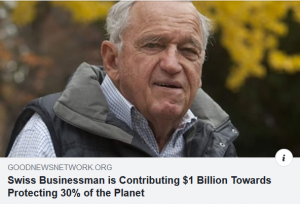 Swiss Businessman is Contributing $1 Billion Towards Protecting 30% of the Planet
Nov 5 2018
We Have to Save the Planet.  So I’m Donating $1 Billion
I will give this sum over the next decade to help accelerate land and ocean conservation around the world.  Oct 31 2018
Hansjorg Wyss believes in saving the planet.  He believes in this so much,
that he recently announced that he will be giving $1 billion over the the next ten years
to help conserve 30% of the Earth in ints natural state by 2030

In an article for the New York Times, Wyss announced an incredible plan to buy large plots of land all over the world and turn them into parks that will be open to the public.

“It is the idea that wild lands and waters are best conserved not in private hands, locked behind gates, but as public national parks, wildlife refuges and marine reserves, forever open for everyone to experience and explore. The notion of holding these places in public trust was one I became deeply influenced by as a young man, when I first climbed and hiked on public lands in Colorado’s Rocky Mountains,” Wyss said.

“Every one of us – citizens, philanthropists, business and government leaders – should be troubled by the enormous gap between how little of our natural world is currently protected and how much should be protected. It is a gap that we must urgently narrow, before our human footprint consumes the earth’s remaining wild places,” he added. 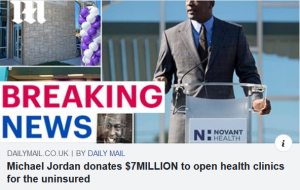 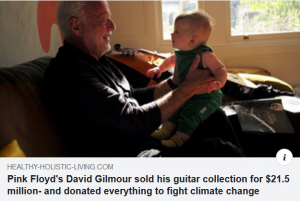 Gilmour donated all of the proceeds to ClientEarth, a non-profit organization which he’s very passionate about. Their mission is to combat climate change, provide habitat/wildlife protection, and advocate for changes to environmental law.

“I hope that the sale of these guitars will help ClientEarth in their actions to use the law to bring about real change. We need a civilized world that goes on for all our grandchildren and beyond, in which these guitars can be played, and songs can be sung.” Gilmour shares. 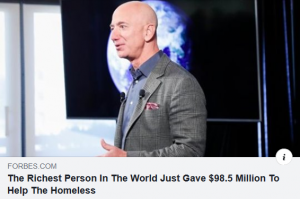 Jeff Bezos, The Richest Person In the World Just Gave $98.5 Million To Help The Homeless
Nov 22 2019
Jeff Bezos, has donated $98.5 million to 32 organizations in 23 states that are helping homeless families. The gifts to each organization received ranged from $1.25 million to $5 million.

“The Amazon founder and CEO gave the money through his Bezos Day One Fund, which he announced in September 2018. At launch, Bezos pledged $2 billion to the fund, which has two areas of focus: funding the work of organizations who help homeless families, and creating Montessori-inspired preschools across the country.”

A stunning new report reveals the bodily harm Amazon warehouse workers are suffering to meet the company’s ruthless standards. Former floor workers, supervisors, and safety managers detail the impossible production quotas that force workers to work themselves into the ground. Within two months of working at an Amazon warehouse, Candice Dixon had to quit permanently because the job’s unrelenting pace had given her a back sprain, joint inflammation, and chronic pain. The report also details the efforts of an Indiana Office of Health and Safety Administration safety inspector to hold Amazon accountable for the death of one of its workers, Phillip Lee Terry, who was crushed by a forklift and laid on the warehouse floor for more than two hours before someone found him.

Meanwhile, Jeff Bezos is raking in $8.9 million an hour as the workers making him rich are breaking their bodies. If Bezos can afford to remodel a multimillion dollar mansion with over a thousand light fixtures, multiple elevators, and a movie theater, then he can afford to put in place much more stringent work safety requirements for his workers. And Congress must hold Amazon accountable for shirking federal injury reporting laws and workplace safety laws. It’s far past time that Bezos and Amazon be held accountable for their exploitation of labor. 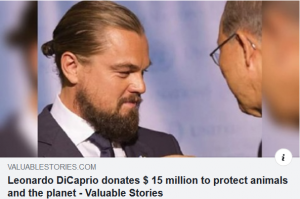 Leonardo DiCaprio Donates $ 15 Million to Protect Animals and the Planet

“The Oscar-winning actor, Leonardo DiCaprio, is a huge activist in the battle against global warming. He announced that he will donate $15.6 million to combat climate change. This money will be donated to environmental protection and conservation programs.

DiCaprio states that “climate change is a reality and is happening now. It is the greatest danger that threatens humanity. Today we are significantly expanding the level of our concessions. And our collaboration with strategic partners to address some of the most pressing climate problems.”

The Leonardo DiCaprio Foundation (LDF) was founded in 1998. Since its foundation to this date, LDF has founded more than 200 projects in 50 countries and 5 oceans. More than $60 million were invested in environmental protection and conservation, supporting projects from 132 organizations.”
November 2019 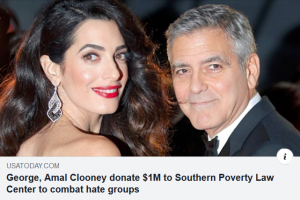 Responding to the deadly violence at a white nationalist rally in Charlottesville, Virginia, and the initial reluctance of President Donald Trump to condemn the actions of white supremacists, the Southern Poverty Law Center (SPLC) is partnering with the Clooney Foundation for Justice to increase the capacity of the SPLC to combat hate groups in America.

“Amal and I wanted to add our voice (and financial assistance) to the ongoing fight for equality,” the couple said in a statement. “There are no two sides to bigotry and hate.”

The Clooney Foundation for Justice was co-founded by the Clooneys in 2016 to advance justice in courtrooms, classrooms and communities around the world.
August 2017 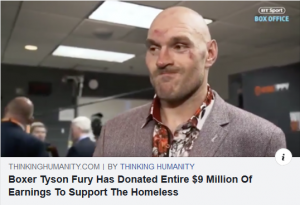 Boxer Tyson Fury Has Donated Entire $9 Million Of Earnings to Support The Homeless
The British boxer, who is also known as “The Gypsy King” in the Ring, squared off against Wilder in December. The reward for the fight was about $3.5 million. However, the pay-per-view income brought the payout to roughly $9 million. According to British reports, Fury’s entire award was donated to several UK charities that specialize in providing housing for recovering addicts and alcoholics.
March 2019 article 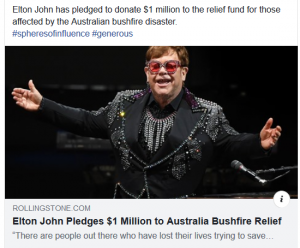 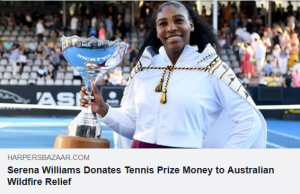 Serena Williams Donates Prize Money from First Tennis Win in Three Years to
Australian Relief Efforts
On January 11th, 2020, Serena Williams won her first big tennis match in three years.
The match took place in Auckland, New Zealand and gave the tennis champion a prize of $43,000.
Serena immediately announced that she would donate all of the money
to the Australia bushfire relief efforts,
a global cause that has raised well over $35 million to date. 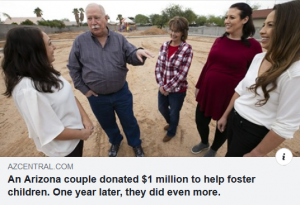 An Arizona couple donated $1 million to help foster children.  One year later, they did even more.
Supporting children in foster care and helping foster and kinship families.  In 2019, 1,365 foster children and 1,214 families were served.  First monies used to buy Community Center, then dream of school was funded. California church wipes out $5.3 million in medical debt for 5,555 families living in poverty

A California church plans to pay off $5.3 million in medical debt for 5,555 families in 28 poor Los Angeles communities.  Christian Assembly bought the debt for $53,000 collected from members over the past year and is working with a nonprofit organization to pay the outstanding bills. 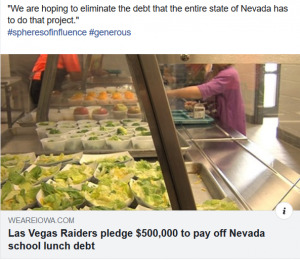 “Today, we want to make a donation to the Nevada Department of Agriculture meal service program, which feeds kids lunch and breakfast at the schools. We are hoping to eliminate the debt that the entire state of Nevada has to do that project,” Raiders Owner Mark Davis said in a statement.

The Raiders said that when families can’t pay for school meals or don’t qualify for federal programs for free or reduced-price meals, the schools incur the debt. The donation is meant to pay that debt. 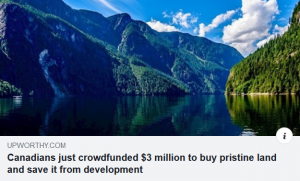 Canadians just crowdfunded $3 million to buy pristine land and save it from development.

In the first crowdfunding effort of its kind, Canadians have raised $3 million to purchase a stretch of coastal wilderness in British Columbia to save it from development. Crowdfunding efforts were organized by B.C. Parks Foundation, a non-profit group whose mission is to protect natural landscapes in the province.  And it wasn’t just a handful of rich donors who pooled their money—scores of average Canadians offered what they could to the fundraising effort.