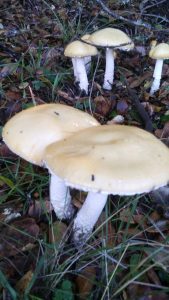 This Is Not a Revolution. It’s a Blueprint for Locking Down the Nation
John Whitehead’s Commentary

Sharing here a few segments from this wonderful article.
To help inspire you to read John Whitehead’s entire piece.

“When it gets down to having to use violence, then you are playing the system’s game. The establishment will irritate you—pull your beard, flick your face—to make you fight. Because once they’ve got you violent, then they know how to handle you.”—John Lennon

There is something being concocted in the dens of power, far beyond the public eye, and it doesn’t bode well for the future of this country.

Anytime you have an entire nation so mesmerized by political theater and public spectacle that they are oblivious to all else, you’d better beware.

Anytime you have a government that operates in the shadows, speaks in a language of force, and rules by fiat, you’d better beware.

And anytime you have a government so far removed from its people as to ensure that they are never seen, heard or heeded by those elected to represent them, you’d better beware.

What is unfolding before us is not a revolution.

The looting, the burning, the rioting, the violence: this is an anti-revolution.

The protesters are playing right into the government’s hands, because the powers-that-be want this. They want an excuse to lockdown the nation and throw the switch to all-out martial law. They want a reason to make the police state stronger.

It’s happening faster than we can keep up.”

“When the government views itself as superior to the citizenry,

when it no longer operates for the benefit of the people,

when the people are no longer able to peacefully reform their government,

when government officials cease to act like public servants,

when elected officials no longer represent the will of the people,

when the government routinely violates the rights of the people

and perpetrates more violence against the citizenry than the criminal class,

when government spending is unaccountable and unaccounted for,

when the judiciary act as courts of order rather than justice,

and when the government is no longer bound by the laws of the Constitution,

then you no longer have a government “of the people, by the people and for the people.”

“What we have is a government of wolves.”