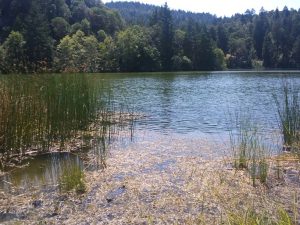 City of London – Focus on the Head of the Snake – Let’s Get After It!
Dean Henderson

“Awareness is the way we win.  We’re not going to win by fighting.  And be at peace with yourself.  Use this time to go inside, ASK … what are my thoughts, how much has come from my programming, what is me, what am I.  Ask these questions.  A lot of this is coming from the Crown having us hate ourselves and by extension to hate humanity.  The hatred is systemic, it’s horrible.  So love yourself, appreciate yourself, find out what you are here for.  Everybody has a role to play in this.  You are not just a lump a clay that satanists can mold.  You are actually a special individual who has a soul and you have a reason for being here.  Be a part of the Awakening that we all have to become a part of.”  – Dean Henderson

DEAN HENDERSON INTERVIEW OCT 2020 – NEPHILIM APOCALPSE
October 15 2020 interview with Project Camelot
Very stimulating conversation and exploration – City of London the big player
About Dean Henderson
Dean is a political analyst for Press TV, RT, Russia Channel 1, The Syria Times, Rense Radio, Tactical Talk with Zain Khan, The Richie Allen Show & many others. In 2018, Dean spoke at the Deep Truth conference in New York City, where he delivered a speech entitled, “All Roads Lead to the City of London”. Dean has written several books and all are available on Amazon in both print & Kindle formats and include Big Oil and Their Bankers in the Persian Gulf: Four Horsemen and more…

Towards end of interview Dean speaks of “It’s Just the Crown” – now it’s up to us to check that angle out.
“It comes down to this bunch.  Yes, they have tentacles around the world but their hub right now is the City of London
They are the satanists, the luciferians, they run the pedophile networks, trafficking, all the genocides, the terrorism, all the bad stuff and then they pass it off on some rouge group or person.
Just google Crown Agency, Crown Agent Corporation and you will see official stories – they are everywhere.
They run everything.  They feed off government contracts.  They privatize contracts to Crown controlled corporations.  They own the U.S. Patent office.
We need to focus on the head of the snake.  Forget all the political differences and all the little bit players.”