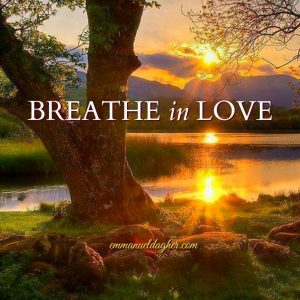 A Global Ring of Paedophiles

Can you feel it?  In the time of Corona
the dark shadow activities of the Global Elite are getting flushed out
to the light of day.

What happens next is up to us, global humanity.
We are in very critical times.
May 2020

This page is for those willing to take a deep dive.
I chose the picture above ‘Breathe In Love’
just to help counter the evil presented here.

OUT OF SHADOWS
“The Reveal is now happening – I would encourage
every parent and concerned awakening person to watch this. May be difficult to watch.
The first 1/3 excellent on programming that surrounds us/ later on pedo rings difficult disclosure.
Take in what you can / Breathe, Smile & LOVE” – Cary

“The Out Of The Shadows documentary lifts the mask on how the mainstream media & Hollywood manipulate & control the masses by spreading propaganda throughout their content. Our goal is to wake up the general public by shedding light on how we all have been lied to & brainwashed by a hidden enemy with a sinister agenda.

This project is the result of two years of blood, sweat, and tears by a team of woke professionals. It’s been independently produced and funded and is available on many different platforms for free for anyone to watch.

Patriots made this documentary with the sole purpose of getting the truth out there. If you like the documentary, please share this video.” 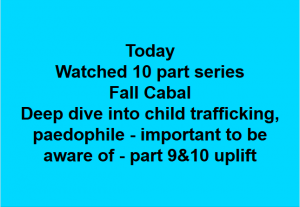 Fall Cabal can be found at this Bitchute channel

Angels of the Illuminauti, Dark Matrix Decoded, Robert Stanley,
Jay Campbell, Demons Not Aliens
Getting down into deep core – around 30 – 45 min
explore deepen reasons for satanic blood rituals
The book of Enoch – gives bigger picture of our history

Epstein:  Gateway to the Global Cesspit by David Icke
who has been exposing elite paedophiles
August 15 2019
Epstein is a gateway to the cesspool.  Use paedophiles activity as blackmail.
Satanic ritual sacrifice network story explored. 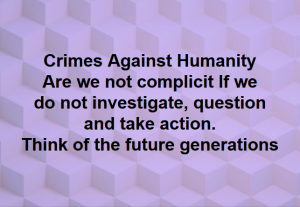 Jeffrey Epstein:  The Game of the Global Elite (Full Investigative Documentary)
“How deep is the Epstein pedophilia & sex trafficking network that we tripped over?  What is the likelihood this was not destroyed at the root level but will spring up again in our weak points?”

Mega Group, Maxwells and Mossad:  The Spy Story at the Heart of the Jeffrey Epstein Scandal
“The picture painted by the evidence is not a direct Epstein tie to a single intelligence agency but a web linking key members of the Mega Group, politicians, and officials in both the U.S. and Israel, and an organized-crime network with deep business and intelligence ties in both nations.”    by Whitney Webb

Important Note: This is an very ‘rough cut’ version of ‘Conspiracy of Silence.’
All copies were ordered destroyed, but a courageous insider smuggled this early version out. 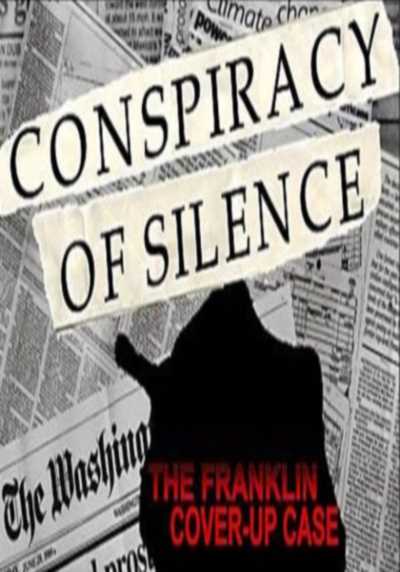 Conspiracy of Silence is a powerful, disturbing Discovery Channel documentary revealing a child sex abuse ring that reaches to the highest levels of United States government.

Featuring intrepid investigator John DeCamp, a highly decorated Vietnam war veteran and 16-year Nebraska state senator, Conspiracy of Silence reveals how rogue elements at all levels of government have been involved in systematic child sex abuse and pedophilia to feed the base desires of key politicians.

Based on DeCamp’s riveting book, The Franklin Cover-up, Conspiracy of Silence begins with the shut-down of Nebraska’s Franklin Community Federal Credit Union after a raid by federal agencies in 1988 revealed that $40 million was missing. Rising Republican star Larry King, who founded the Franklin credit union, was at the center of the scandal, as reported in this Washington Post article.

US Military Child Sex Trafficking Whistleblower Exposes
the United Nations & The U.S. State Department
By Arjun Walia – Article and Video
“The topic of pedophilia is a disturbing one for sure, what’s even more disturbing is that this kind of thing continues to happen all over the world, particularly among the global elite. There are literally too many examples to go through, whether it be the pedophilia that’s been exposed inside the Vatican or the NBC news report accusing Hillary Clinton covering up a giant pedophile ring within the state department, this thing is hitting the mainstream.”

Additional Sources for YOU to Research for Yourself

Mind Control Information and Facts
“This page provides links to a variety of sources of reliable, verifiable information and facts dealing with mind control. Our most basic material is listed first, followed by other resources which delve deeper for those interested in more.
We recommend reading through this entire page before exploring the links provided. WantToKnow.info presents this mind control information and associated facts as an opportunity for you to educate yourself and others, and to inspire us to work together to strengthen democracy and build a brighter future for us all.”

“In this Panel, Venusian and Pleiadian contactee Robert Potter explores and reveals the bloodline, military-intelligence, political, and structural connections between the Third Reich and Fourth Reich of Adolf Hitler and U.S. Presidents George HW Bush, Barack Obama, and others.” 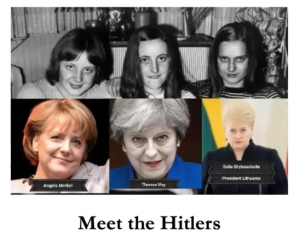 Robert Potter, in reference to Trump ….
“For Trump to prove he is legit, though on surface it does look like he
is being manipulated by Q,
But whether he is a clone, or replaced, and whether he died in a 1989 helicopter crash –
this is criteria, the Trump who is in office now, will need to meet
to work for total transparency,
ending the Federal Reserve,
we need to not see continued vaccinations,
we need to see removal of 5G,
we need to see an end to GMO’s and ChemTrails
These points must be addressed openly and transparently.”