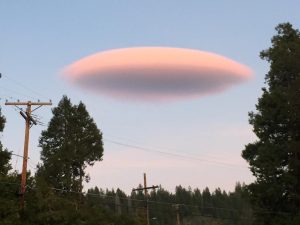 A Quick Glimpse at the Article Titles Listed on this Page

An opinion Piece:  Why U.S. Would Be “Better Off Without Billionaires”

These 8 Men Have As Much Money As Half the World

“In 2016, the richest 1 percent of the world held slightly more than half of the wealth of the entire planet, Oxfam notes. And the 1,810 billionaires on Forbes’s list ― 89 percent male ― hold $6.5 trillion, as much wealth as 70 percent of humanity.

Put another way, billions of people are fighting over crumbs from half of a pie, while the rich dig into fat slices all to themselves.

For its analysis, Oxfam used Forbes’ ranking of global billionaires and wealth data from Credit Suisse. u89According to the wealth data, 80 percent of the bottom half of the world’s population are adults living in Africa and India. They’re younger and more likely to be single and poorly educated. Women who are poorly educated are even more likely to have very little wealth.”

Speaking to world leaders thru media, the inequality crisis is out of control.
Our broken economies reward wealth not hard work.
Rich get richer, millions trapped in poverty wages or joblessness. Leaders must reverse this.

“We don’t want billionaires’ charity.  We want them to pay their taxes”
by Owen Jones  (Oct 2018)

“Rather than philanthropy, the super-wealthy should give their money to governments that know better how to spend it.
We need tax justice, not charitable scraps dictated by the fancies of the elite.
Charity is a cold, grey loveless thing. If a rich man wants to help the poor, he should pay his taxes gladly, not dole out money at a whim.”

According to a report by the Swiss bank UBS, last year billionaires made more money than any other point in the history of human civilization. Their wealth jumped by a fifth – a staggering $8.9tn – and 179 new billionaires joined an exclusive cabal of 2,158.
Some have signed up to Giving Pledge, committing to leave half their wealth to charity.

Rich people and major corporations have the means to legally avoid tax.

There’s another issue, too. The decision on how philanthropic money is spent is made on the whims and personal interests of the wealthy, rather than what is best.  Those choosing where the money goes are often highly unrepresentative of the broader population, and thus more likely to be out of touch with their needs.

What is striking is that even as the rich get richer, they are spending less on charity, while the poor give a higher percentage of their income to good causes.

We need global tax justice, not charitable scraps dictated by the fancies of the elite.”

Some historical perspective over the last 30 years …..
‘Eye-Popping’ Analysis Shows top 1% Gained $21 Trillion in Wealth Since 1989
While Bottom Half Lost $900 Billion
“The top one percent owns nearly $30 trillion of assets
while the bottom half owns less than nothing.”
June 14, 2019

The Staggering Amount of Wealth Held by the Forbes 400 More Than Doubled Over the Last Decade
But their tax rates actually dropped.
November 2019

“Many economists say that decades of income tax cuts in particular have led to the increasing concentration of wealth atop the economic pyramid and contributed to the accelerating inequality within US society, now at a record high according to the Census Bureau.”

An Opinion Piece:  Why U.S. Would Be “Better Off Without Billionaires”
February 25, 2020 – Institute for Public Accuracy (IPA)

CNN Business yesterday published an op-ed by Chuck Collins that lays out why we should have fewer billionaires.

CHUCK COLLINS, chuckcollins7 at mac.com, @Chuck99to1; or Bob Keener, bobknr at gmail.com
Collins is senior scholar at the Institute for Policy Studies and author and co-author of many books and reports, including with Bill Gates Sr., Wealth and Our Commonwealth.

He said today: “The problem isn’t really individuals making money. The problem is having an entire system that grows the wealth of billionaires at the expense of everything else we care about — including our democracy.

“Billionaire charity may be directed toward noble endeavors, but it is not a substitute for billionaires paying their fair share of taxes that provide essential services like health care, schools or infrastructure.

“Living under an oligarchic system, we should develop a healthy skepticism of the actions of billionaires, whether they are running for office, bankrolling other candidates or giving billions to charity. If we want to make the bold investments we need to expand the middle class, lift up workers and protect the environment, we’ll first need to protect our democracy from extreme billionaire influence.

“At the very least, that means campaign finance reform, targeted taxes on the very wealthiest Americans and reforming philanthropy. And ultimately, it means having fewer billionaires.”