This well thought out piece is authored by Terri Zink
Terri majored in Geography/Geology in college, including Climate studies and Earth studies
November 2019
Are There Galactic Influences Affecting Earth?

I have been accumulating information about many ways that the Earth is being affected by Galactic influences. The climate change/warming discussions need to include this information, which may totally explain what is happening, or at least have an influence. These influences are not ones we can control, but as humans, we will have to adapt to them as humans have in millions of years of climate history. Humans do not create all drivers and factors for climate changes on Earth, so we need to consider these as well.

One of the first things that we need to do is define “climate change.” Everyone is using the word “climate” as inter-changeable with “weather.” They are very different. Climate is a designation of large areas of Earth that have a similar weather pattern and land use. Climate does not change easily. It only alters with very large scale changes such as:

1) pole shifts where the Earth’s axis shifts drastically as it has many times in the past,

2) changes in the Sun as it goes through phases of more and less activity or changes from a yellow star into something else,

3) and where Earth is in the Galaxy, like now when it is going through the Photon Belt, which it does every 26,000 years.

We are currently also going through the 26,000 year cycle where Earth is in the Photon Belt, a dense area of the Galaxy that bombards Earth with photonic energy. This may also be warming things up.

The Earth’s axis has been shifting quite a bit which has moved the North Pole to somewhere in Russia now, instead of the Arctic Circle. This will cause “weather” to change quite a bit due to this movement. It may even change the climate in some areas.

The Earth has gone through very drastic changes over time all on it’s own. The poles have completely reversed many times.  It’s gone through Ice Ages where half of North America was covered in glaciers!  It’s gone through tropical periods where the ocean covered much of Arizona!  It’s gone through all these changes without any causation by humans.  Although, if some of the people living now had lived then, they probably would have tried to find a way to blame humans!

CO2 levels have changed quite a bit over time as well.  It has been much higher than now without any help from humans.  The humans who lived during all these pole shifts, changes in Sun patterns, CO2 differences, etc. had to find a way to adapt to what was happening.  They didn’t blame themselves, they just adapted.  It was easier for them since they were more mobile then, most lived on their own land and just moved when they needed to.

People now are not so adaptable and so they rant at the government to “fix” the changes happening so that they don’t have to adapt or move or do what’s needed. But all the ranting in the world will not change what’s happening and they can’t do anything about these large scale events like pole shifts.

The statisticians point to changes in local “weather” as evidence that the “climate” is changing and try to link it to human activity. But that has not been proven. They warned that the ozone layer was disappearing, however it is fine now without anyone doing anything. It was probably just going through a natural cycle.

“Weather” is the local and daily changes in temperature and precipitation. This can change drastically when these large scale events happen, however they rarely change the climate. A region can go through a dry period, a warming period, a windy period but it is within the range of that “climate.”

Climate change would have to include changes in plant life, animal migrations, land use, and patterns of weather. “Climates” on Earth haven’t changed.  What people are ranting about is changes in “weather.” The government nor individuals cannot change that to what they want it to be.  And saying a particular pollution factor is causing it is not seeing the big picture of Earth’s influences.

The focus on “climate change” and even changes in “weather” is misdirecting our attention from where it needs to be.  The focus needs to be on stopping all the pollution that humans are doing.  We are fouling our own nest.  Whether or not this pollution is causing “weather” changes has not been proven, but we do know we are all getting sick and weak from poisoned air, water and food. This we CAN do something about, and we should if we want to be healthy and strong.

The rich corporations polluting the Earth, the rich people in charge, the news that is held hostage by corporations, the focus on something we can do nothing about as “climate change,” is keeping us distracted from what they are doing and how to fix the pollution.  As long as we focus on big events that we have no control over, we are powerless and impotent.  Pollution we can do something about.  We should focus on that and protest at corporations where they are dumping toxins into our water and air, making products that use toxic materials, etc.  This will actually make a difference in our quality of life.

Ranting about “climate change” and asking people to fix things they can’t fix will not get us anywhere. We need to find ways to fix the things that can be changed. Quit letting the controllers distract you away from the real problems and keep you from finding real solutions. 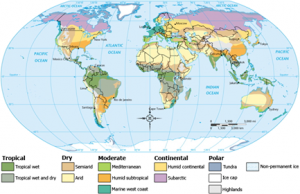