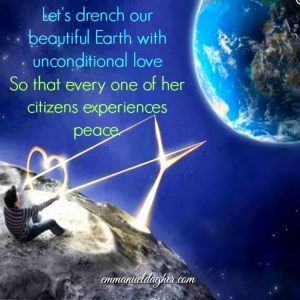 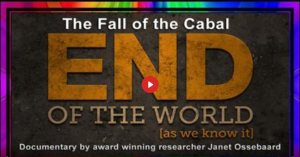 Additional Sequels continue to be produced.
As of October 2021, they are up to Sequel 18.
The FallCabal Bitchute channel has all the newest sequels.

Out of Shadows Official

The Crowhouse Max Igan recommends this for people who are still asleep, family friends, etc, It is well done.

From the video description … “The Out Of The Shadows documentary lifts the mask on how the mainstream media & Hollywood manipulate & control the masses by spreading propaganda throughout their content.  Our goal is to wake up the general public by shedding light on how we all have been lied to & brainwashed by a hidden enemy with a sinister agenda.

This project is the result of two years of blood, sweat, and tears by a team of woke professionals.  It’s been independently produced and funded and is available on many different platforms for free for anyone to watch.

Patriots made this documentary with the sole purpose of getting the truth out there.  If you like the documentary, please share this video.”

An Explosive Documentary Exposing Pedophiles
In Parliament & The British Royal Family
Dec 4 2019
“Sonia Poulton, a British journalist, social commentator, and filmmaker, has been investigating the dark web of pedophilia for years. Some of her research has been complied into a documentary called “Pedophiles In Parliament.” 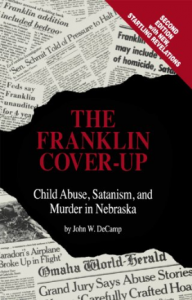 The Franklin Cover Up, Child Abuse, Satanism, and Murder in Nebraska
by John W DeCamp
“The shut-down of Omaha, Nebraska’s Franklin Community Federal Credit Union, raided by federal agencies in November 1988, sent shock waves all the way to Washington, D.C. $40 million was missing. The credit union’s manager: Republican Party activist Lawrence E. “Larry” King, Jr., behind whose rise to fame and riches stood powerful figures in Nebraska politics and business, and in the nation’s capital. In the face of opposition from local and state law enforcement, from the FBI, and from the powerful Omaha World-Herald newspaper, a special Franklin committee of the Nebraska Legislature launched its own probe.

What looked like a financial swindle, soon exploded into a hideous tale of drugs, Iran-Contra money-laundering, a nationwide child abuse ring, and ritual murder. Nineteen months later, the legislative committee’s chief investigator died – suddenly, and violently, like more than a dozen other people linked to the Franklin case. Author John DeCamp knows the Franklin scandal from the inside. In 1990, his “DeCamp memo” first publicly named the alleged high-ranking abusers.

Today, he is attorney for two of the abuse victims. Using documentation never before made public, DeCamp lays bare not only the crimes, but the cover-up – a textbook case of how dangerous the corruption of institutions of government, and the press, can be. In its sweep and in what it portends for the nation, the Franklin cover-up followed the ugly precedent of the Warren Commission.”

This article contains disturbing content and addresses an issue that desperately needs to be brought to light. Every single year, pedophilia, sexual abuse, and sex trafficking rates increase. The International Labor Organization estimates that there are 20.9 million human trafficking victims worldwide and 4.5 million people trapped in forced sex trafficking around the globe.

United Nations “Peacekeepers” Caught Running A Child Sex Ring:
2,000+ Cases of Sexual Abuse Reported
April 13 2017
Posted on Collective Evolution – the original article is no longer online
See this information on Wikipedia
“This is just one of many examples from a few years ago. Child sex trafficking, mostly at elite levels, is one of the biggest issues our world faces today.”

“Every single year, pedophilia, sexual abuse, and sex trafficking rates increase. The International Labor Organization estimates that there are 20.9 million human trafficking victims worldwide and 4.5 million people (1) trapped in forced sex trafficking around the globe. At least 100,000 children are prostituted annually in the U.S., adding to the $9.8 billion U.S. sex trafficking industry.

It’s not just pimps and escaped convicts involved. It’s the people we’re expected to respect or “look up to” the most: the politicians, the elite, the wealthy businessmen, your neighbours, and oftentimes the people that you’d least expect.”

(1) “Today (June 2012) sees the launch of a new ILO global estimate of forced labour – a shocking 20.9 million women, men and children are trapped in jobs into which they were coerced or deceived and which they cannot leave.  Our estimate captures the full realm of forced labour and human trafficking for labour and sexual exploitation, or what some call “modern-day slavery”.  The figure means that, at any given point in time, around three out of every 1,000 persons worldwide are suffering in forced labour.”

Ex-Vice President of Disney Convicted for Sexually Abusing A Seven Year Old Girl
Sept 26 2019 – this web link is no longer active –
here is the information taken from the article.

“Based on our research, there are powerful and massive global pedophile networks within these realms that are heavily involved in satanic ritual abuse, murder, and the trafficking of women and children.”

Ghislaine Maxwell Arrested By FBI on Charges Connected To Jeffrey Epstein
July 2 2020- this web link is no longer active –
here is the information taken from the article.

“Humanity is in a process of ‘Breaking the Illusion’ we have come to accept about our reality. We have been living from a collective story that states we elect good people into government, and they act on our best interest. This categorically is not the case, and part of our collective awakening to creating solutions that can make our world thrive is waking up from this illusion we have chosen to accept.

People are beginning to learn en masse that high profile figures are involved in such acts like extreme occult rituals, sex trafficking and pedophilia, and they are beginning to wonder why. They are also beginning to question why we put our trust and support in people who operate in this manner.”