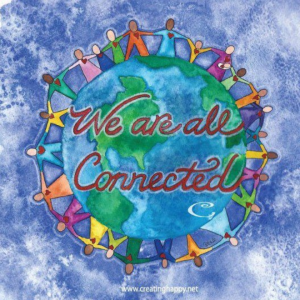 For now we just share the links now
For further research

“How to get Systems Change, Not Climate Change: Dive into The Green New Deal”

Green Economy with Van Jones
“As the climate change movement leaps to the center of political, cultural and economic urgency, we’re confronted with two crucial questions: Who will we take with us? Who will we leave behind? This issue is now about more than just saving the planet as it is united with the goal of slashing poverty. Featuring Van Jones, activist and co-founder of Dream Corps.”

A Green New Deal: A Conversation with Vien Truong On How We Got Here and Where We’re Heading
“Based on several decades’ worth of ideas, the idea found its way into the mainstream thanks to the phenomenal efforts of the next generation of leadership along with yet one more round of highly publicized climate reports indicating an extremely urgent need for widespread climate action. For all the talk about a Green New Deal, however, much of the actual detail remains to be deve

The Green New Deal: Bioneers Media Collection
“The Green New Deal proposal has transformed the political landscape of climate change in the United States seemingly overnight. Its deceptively simple framing undergirds a much larger objective:  leverage the spending power of the federal government to face climate change with the scale of investment and resources commensurate to the extraordinary size of the problem. Roosevelt’s New Deal was a powerful and effective response to the generational tragedy of the Great Depression, putting people back to work while rebuilding the country. A Green New Deal proposes to echo this endeavor by dramatically and rapidly altering our carbon footprint while building a thriving, restorative, equitable economy.

The idea has been discussed for many years although the term is thought to have been coined in 2007. Since the inception of the Bioneers Conference 30 years ago, brilliant speakers have addressed this concept from multiple angles.

We have compiled this media collection from our 30-year history to feature some of the most innovative thought leaders working on these topics.”

The Future of the Green New Deal
“The Green New Deal is an idea whose time has finally come. But what will it really take to build the enduring structures, institutions and global cooperation that actually reconcile the core contradictions between markets and the public good, between dignified work and robots, between the laws of nature and principles of social and justice and economic democracy?

Following is a conversation among visionaries in economics, systems change, policy and environmental planning: Greg Watson of the Shumacher Institute for New Economics; Paul Hawken of Project Drawdown; Vien Truong, former ED of Green For All; and David Orr of the State of American Democracy Project.”

Demond Drummer: What the Green New Deal Could Mean for Our Economy

“Demond Drummer is the co-founder and Executive Director of New Consensus, one of the key intellectual and policy forces behind the Green New Deal. Using the Green New Deal as a vehicle for national mobilization, New Consensus is addressing the climate crisis by combining both environmental and economic impact.

Drummer is at the center of its solutions, which provide a roadmap for transforming the flawed systems that have contributed to our climate crisis today.

In this interview with Teo Grossman, Bioneers Senior Director of Programs and Research, Drummer explains how the Green New Deal is paving the way for the structural reform necessary for a transition to a more equitable world.”

Click here for Demond Drummer’s full keynote speech on the Green New Deal at Bioneers 2019
“New Consensus is a leading-edge non-profit policy “think tank” working behind the scenes supplying research and detailed policy proposals for the Green New Deal to its leading political advocates, such as Congresswoman Alexandra Ocasion Cortez. Demond Drummer, New Consensus’ co-founder and Executive Director, well known in Chicago as a highly effective activist, is one of the true intellectual architects of the Green New Deal. He draws from the history of FDR’s WWII mobilization, the moonshot of the 1960s and the Civil Rights Movement to explain the critical importance of the Green New Deal as the next chapter of the American story.”