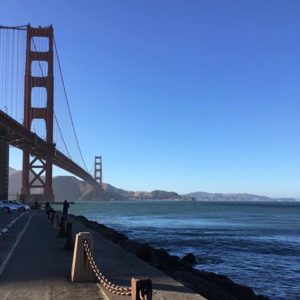 Jan 4 2020
Spheres of Influence on Facebook puts out an invite
they are interested in learning about websites they could highlight
We send them link to HeartPlanVision and our page Pictorial Glimpse at our Times
Here is statement under “About” on their Facebook page:
Spheres of Influence will primarily share things that give exposure to good people, things, ideas … activist, artist, musician, therapist, inventor, videographer, hobbyist, thinker, health professional, entrepreneur …

This is a beginning list of a desired Dream Team

I’ll be starting with simple organizing projects,
so to better utilize the information already available.
From these refined projects, more clarity as to next steps
will present themselves.

My Facebook 55 Community Pages Resource
along with all my Albums on my Facebook timeline
are rich sources of information, inspiration and wisdom.
This information easily gets lost in Facebook.

* Dream team of a small group of VA’s *
or even High School and/or College students
Organize all the posts within the Facebook pages.
I will work together with the team to clarify how best to organize.

One example coming out of this project.
Gathering all related projects on
Energy Technologies – transitions to deal with rapidly intensifying climate change
Fighting pollution and plastics – innovations
Sex trafficking – ending this slavery

Much is going on in Innovations for tackling these problems
As the Team reviews all the posts, it will be shown what a wide range
of innovations are underway.
With this data base of resources, Heart Plan Vision then can better Idea Generate further
exploring ways to leverage, expand outreach and network power players for exploring
next best actions.

Just to give a sampling of actions identified.

Germany to close all 84 of its coal-fired power plants, will rely primarily on renewable energy.
Jan 26 2019 news release
“The plan to eliminate coal-burning plants as well as nuclear means that Germany will be counting on renewable energy to provide 65% to 80% of the country’s power by 2040.  Last year, renewables overtook coal as the leading source and now account for 41% of the country’s electricity.”

Additionally of urgent importance is to identity Areas of Grave Concern that may be lacking in innovations.
One deep concern are the Rainforests in South America, representing “the Lungs of the Earth”
See these 2 detailed articles

RainForest Facts
Rainforests once covered 14% of the earth’s land surface;
now they cover a mere 6% and experts estimate that the last remaining rain forests could be consumed in less than 40 years.

The following has been excerpted from the book, The Healing Power of Rainforest Herbs (Square One Publishers, Inc. Garden City, NY 11040, Copyrighted 2004) By Leslie Taylor

The biodiversity of the tropical rainforest is so immense that less than 1 percent of its million of species have been studied by scientists for their active constituents and their possible uses.  When an acre of topical rainforest is lost, the impact on the number of plant and animal species lost and their possible uses is staggering.  Scientists estimate that we are losing more than 127 species of plants and animals every single day because of rainforest deforestation.