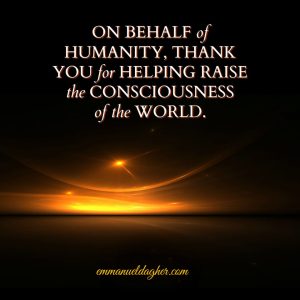 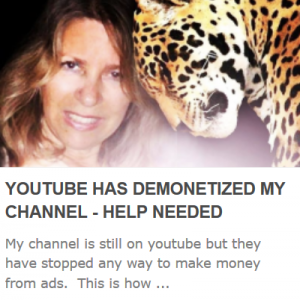 From Sterling Hill Bio:  Sterling has created genetic apps for the alternative medicine community.  She helps people get to the root cause when it comes to diet and environmental factors that impact DNA and teaches practitioners and scientists around the world how to pinpoint pathways that may be compromised in their most difficult patients.  Sterling teaches them how to manipulate compromised genetics with nutrition and supplementation. 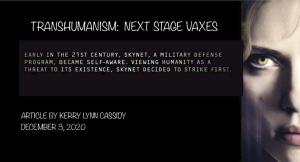 Kerry Cassidy, Project Camelot
“Based on behind the scenes source material as well as my current research spanning 16 years of interviews, I believe the basic scenario behind the Covid19 pandemic rollout was simply to set the scene for the final moves involving a Terminator/Transhumanist Agenda orchestrated by the Luciferians.
The nano found in chemtrails has been long suspected and doubtless fed into this but it is not considered enough to infect our food, water and bodies in order to obtain the necessary acquiescence from the human body to give over control to a NWO AI.
I am told by a deep source that they need people to accept (and even request) a vaccine, which will inject them with the nano AI particles piercing their sovereign bodies by permission in a series of jabs that will deal the final blow. The detail behind what is contained in the vaccines is being revealed. “

DEAN HENDERSON INTERVIEW OCT 2020 – NEPHILIM APOCALPSE
October 15 2020 interview with Project Camelot
Very stimulating conversation and exploration – City of London the big player
About Dean Henderson
Dean is a political analyst for Press TV, RT, Russia Channel 1, The Syria Times, Rense Radio, Tactical Talk with Zain Khan, The Richie Allen Show & many others. In 2018, Dean spoke at the Deep Truth conference in New York City, where he delivered a speech entitled, “All Roads Lead to the City of London”. Dean has written several books and all are available on Amazon in both print & Kindle formats and include Big Oil and Their Bankers in the Persian Gulf: Four Horsemen and more…

City of London – Focus on the Head of the Snake – Let’s Get After It!

“Awareness is the way we win.  We’re not going to win by fighting.  And be at peace with yourself.  Use this time to go inside, ASK … what are my thoughts, how much has come from my programming, what is me, what am I.  Ask these questions.  A lot of this is coming from the Crown having us hate ourselves and by extension to hate humanity.  The hatred is systemic, it’s horrible.  So love yourself, appreciate yourself, find out what you are here for.  Everybody has a role to play in this.  You are not just a lump a clay that satanists can mold.  You are actually a special individual who has a soul and you have a reason for being here.  Be a part of the Awakening that we all have to become a part of.”  – Dean Henderson

Towards end of interview Dean speaks of “It’s Just the Crown” – now it’s up to us to check that angle out.
“It comes down to this bunch.  Yes, they have tentacles around the world but their hub right now is the City of London
They are the satanists, the luciferians, they run the pedophile networks, trafficking, all the genocides, the terrorism, all the bad stuff and then they pass it off on some rouge group or person.
Just google Crown Agency, Crown Agent Corporation and you will see official stories – they are everywhere.
They run everything.  They feed off government contracts.  They privatize contracts to Crown controlled corporations.  They own the U.S. Patent office.
We need to focus on the head of the snake.  Forget all the political differences and all the little bit players.”

Kerry’s Update August 31 Covid Frequency Wars and the Return of Camelot
August 31 2020
Kerry talks about her latest article regarding Tesla Tech, Frequency wars, the COVID deception, the complexity of the war being fought and our ET heritage, and the Trump Team and the return of Camelot.   Book Ghost Dancer by John Case highly recommended by Kerry.

Our immune system has been compromised by chem trails – that contain acids
Acid rain poisoning us
Plus bad lighting, bad food, bad water, etc
So humans on earth already have compromised immune system to begin with

Tests show 80% false positives – Kerry expands on this
People dying often from weakened immune systems and other health complications
And proof that hospitals getting paid $13,000 and $40,000
Doctors being told to put Covid as cause of death
It’s been unheard of, until now, for doctors to be told what to put on death certificate
(10 min)

Kerry Cassidy:  Update – Trump Vaccines and the Art of War
Another YouTube censored channel underway
Kerry has been on YouTube for about 15 years and was one of their original directors
May 15 2020
YouTube about to lose a channel
With 66 million viewers worldwide
and 261,000 subscribers
Kerry has over 800 videos currently on YouTube
This is where she is at today, as she begins to deplatform
and seek our a more democratic video platform

Plus video has an interesting message to Trump and team

“We need some straight talk from you – show your true colors”

Kerry Cassidy Interviewed by Chris Mathieu from Forbidden Knowledge Sound Edited
May 6 2020
A YouTube comment “Could this be Kerry’s most coherent, measured, even introspective discussion and overview yet?”
Speaks of MMS and oxygen drops to help immune deal with Covid
Explores her interviews on AI with Cyrus Parsa
Grays – objective to get them off the planet
Map of underground bases

Q-Anon and going after some arrests is well and good
but is not going to solve the problem of attacking the Grays
Per Cyrus – the Gray ETs have involved themselves in manipulating the Communist Chinese
and that government – probably because both Chinese and Grays have a ‘hive mind’
‘Hive Mind’ meaning – everyone the same, the group dictates rather than the individual
and that is the New World Order plan for the future,
Where are humans would be linked to the Hive Mind.
That is where coronavirus comes in, because, apparently, they need more than just
chem trails spraying, they need to actually INJECT the humans –
in order to link the humans up.
and 5G is the network that facilitates the AI to travel better throughout the Earth,
with humans being the ‘connectors’ and ‘batteries’ for AI system
That is how THEY see it from the outside.

Patriots (Navy specific) apparently is what got Trump into office.
Similar to Kennedy in a way.
Possibly Navy and ETs are protecting Trump from assassination.
Secret Space Program technologies of secret seeing like –

Project Looking Glass
“It provides command and control of U.S. nuclear forces in the event that ground-based command centers have been destroyed or otherwise rendered inoperable.”

Reptilians are one of the oldest races, so it is said.  They go around conquering civilizations.  We are not alone in being attacked.  Kerry goes into this more about a battle that goes way back.  AI visitation on Earth goes back thousands of years.  It’s a story that has been hidden from us, and they do not want to ever release this information.

This story that Cyrus has tapped into, in very important in the coronavirus aspect and lockdown.  What THEY want people to be reduced to.  Downturn in economy so dependent on handouts and foods, and create a drought in U.S. to prevent food production.
MJ 12, Committe of 300, various names.

You cannot separate all these elements out.  Q-Anon says in July there will be some disclosure. If it does happen, the Epstein Pizzagate will be seen in a larger context.  Where parts of our society have too much draco reptilian DNA (such as the Bush family) and Blue Bloods (so called royalty) anointed by the Annanaki (reptilian humanoid hybrids).

If you don’t see the bigger context, then the lockdown seems to come out of nowhere.  They don’t care if you live or die.  They are not keeping you in your houses to keep you safe.  That is a lie.  Our strength is when we come together.  So THEY separate us, to disengage our power, and make us think we are the problem.  It is a gray hybrid human implant that makes us think we are the problem – that is part of the Illuminati psychology.

There are spiritual hierarchies and Light and Dark, elementals and avatars, we appear separate but really We are ALL part of Source, all of it.  Satan and Lucifer are seen as leaders of the Dark.

Mark Richards says every civilization will use AI in order to do Space Travel.
There is reason to believe that the Light and Dark polarity and interplay are needed to maintain this 3D play.  The Dark introduces a challenge, and the Light responds.  And the Light is meant to always win. “Voyagers books” go into the battles in the megaverse.

First it is Unseen before it is seen.  Another way of saying, it comes from Source.  It all comes from Source, the unseen.  Manifestation is the last stage.  First go to Higher Self to understand why we have brought things into our lives.  You, as an Avatar, have accepted the challenges you are dealing with.  And so go back to that Source to understand the lesson.

Kerry speaks of this in her book, Rebel Gene.    Dialogue with Source.  Go inside to connect with Source.  So we as humans have brought in these unseen issues, in essence to challenge ourselves.  We are all senders and receivers, and taking in information.  Jung called it Universal Mind.  Space and time are one.  We are all entangled.  It essence it says we are all connected.

So Kerry looks at Trump and Q-Anon seems to match up with what she is hearing from whistle blowers.  Understood that Hillary was hacking the election and Trump hacked back with ex-military hacker.

Indictments are prepared and under lock and key.   Look at this battle as a movie, and we’be been studying all this for a long time.  So we could look at humanity as various parts of ourselves waking up.

Once people are awakened, they ask “What am I going to do about it?”
Share information with each other.
Protest on the streets.
Reject the Tyranny.
All these are vital engagements.
and like in the Art of War.  We also can’t always work face to face with the dark forces.
We also need to work behind the scenes, be intelligent, and learn to fight another day.
We are still in the midst of battle.  The future is important and the NOW is important.
Like children, how you teach them now, is what is important.

Annanaki did not create us, but they did genetically manipulate us.  And some of us were allowed to keep our Rebel Gene, and others were not.  The ones who not allowed to keep their rebel genes, are now what look like those who are the followers.

How we want to the future to be, these are decisions we need to make now.

Kerry Interviewed by Shepard Ambellas from Intellihub
May 20 2020
Shepard interviews Kerry about the de-monetization practices of her channel by Youtube and current events.
Go to ROOT of the problem
Model for Human Health
What is a virus?
How do we really get sick?
and
How do we get well?

Project Camelot; Bill Wood; Above & Beyond Project Looking Glass – Mandela Effect Explanation
Interesting backstory on “white hats” recorded around 2012.  Kerry Cassidy with demo expert Bill Wood – gets interesting around 120 min//last 5 min also of interest.
The Mandela Effect is a phenomenon that makes us question even the most mundane memories from the past.  Named by paranormal researcher Fiona Broome, it’s basically remembering something that doesn’t match with historical records.