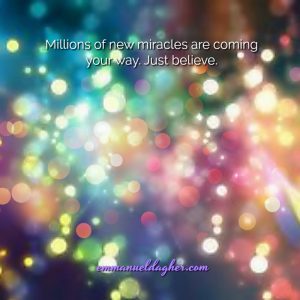 “Mathematician/philosopher/physicist extraordinaire Wolfgang Smith has chosen to emerge now, at the summit of his life’s work, in order to prepare a new generation for what he calls “a singular moment in history.”  Is the so-called “quantum reality problem” actually the sign that a four-century arc of human history — what René Guénon has called “the reign of quantity” — is reaching its end?”

“The End of Quantum Reality — which also features Seyyed Hossein Nasr, Olavo de Carvalho, and narrator Richard DeLano — is being brought to you by the creative team behind The Principle  (2014).  Watch our latest trailer for a film designed to blow the doors off the quantum reality problem and signal the end of the Reign of Quantity.”

Synopsis of The End of Quantum Reality

“Almost one hundred years ago, the project to reduce the world to mathematical physics failed suddenly and completely: “One of the best-kept secrets of science,” physicist Nick Herbert writes, “is that physicists have lost their grip on reality.” The world, we are now told, emerges spontaneously, out of “nothing,” and constitutes a “multiverse,” where “anything that can happen will happen, and it will happen an infinite number of times.”

Legendary reclusive genius Wolfgang Smith demonstrates on shockingly obvious grounds the dead end at which physics has arrived, and how we can “return, at last, to the real world.”

The End of Quantum Reality  introduces this extraordinary man to a contemporary audience which has, perhaps, never encountered a true philos-sophia, one as intimately at ease with the rigors of quantum physics as with the greatest schools of human wisdom.”

The Philos-Sophia Initiative
“aims to facilitate a transformative impact upon our civilization through the recovery of the “vertical” aspect of cosmic reality, based upon the philosophical and scientific discoveries of Wolfgang Smith. The Initiative proposes a dynamic outreach—especially via innovative digital media—to minds profoundly committed to truth, inviting them to an encounter with a comprehensive worldview that integrates the fundamental discoveries of physics into the perennial wisdom of mankind.”

Commentary Resources at
“The End of Quantum Reality”

Rick DeLano, Producer/Writer/Narrator
“After twenty years as a session musician and producer in Hollywood, Rick DeLano wrote and produced THE PRINCIPLE, which remains the first and only feature-length documentary examination of the Copernican cosmological principle. He is now producing and narrating THE END OF QUANTUM REALITY  released January 2020.”