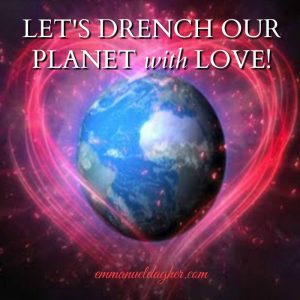 The New One Percent A Grassroots Uprising

A NEW ONE PERCENT!

Not of the Elite

Instead … Visualize for a Moment

We are flushing out this vision here 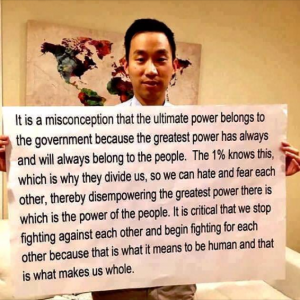 Here on this website page “The New One Percent”

“In 1960, Maharishi Mahesh Yogi predicted that one percent of a population practicing
the Transcendental Meditation® technique would produce measurable improvements
in the quality of life for the whole population.”

“The first statistical analysis of the effects was published in 1987.
These showed a decrease of about 11% in violent crimes in Washington, D.C.,
in total crimes in Metro Manila, and in total crimes in the Union Territory of Delhi.”

Dr. Steven Greer talks about the importance of mass consciousness
and how 1% of conscious humans can transform the rest of the 99%.
As of June 2019 the numbers Dr. Greer looks at would be

Study on the Maharishi Effect:  Can Group Meditation Lower Crime Rate and Violence?

“The group that gathered in the period 2007-2010 has now somewhat dispersed. Dr. Dillbeck suggests that if governments were to support the establishment of groups in various countries, so that these groups could be maintained over long periods, it could have a remarkable effect in reducing hostilities and fostering coherence among nations, which could be assessed by further research. Indeed, a number of countries are already creating such groups through private organizations, and gaining increasing governmental support.”

David Wilcock: Time Travel Secrets Revealed… And Why It Matters Today!
Sept 16 2020
28 min into video – mind is the builder of the universe –
David Wilcock goes into depth about the effect of meditation and group Intention experiments

Description from Unify Facebook page
“Unify creates Globally Synchronized Events with a focus on celebrating our shared humanity around the world. At these times, we invite all people to meditate, host local ceremonies, pray and align with Source in their own way.

It is our conviction that we are One Human Family, transcendent of race, religion, or nation. By unifying at these times we create a living demonstration of our underlying unity and an Emerging Planetary Culture which embraces the interdependence and well-being of all.”

Following photo – credit given to Unify.org

The Harmonic Convergence 2020!
“An unprecedented 10-day journey into ourselves and the cosmos.  Synchronized global contact meditation trainings take place daily so we can reconnect with our star family. Featuring indigenous elders, evolutionary and spiritual leaders, ancient history scholars, extraterrestrial researchers, and musicians,
each day includes meditations, talks, music and more.”

“The Global Coherence Initiative is a science-based, co-creative project to unite people in heart-focused love and intention, to facilitate the shift in global consciousness from instability and discord to compassionate care, cooperation and increasing peace.”

What is Global Coherence? video

Lynn McTaggart’s Intention Research Is Showing
It Takes as Little as Eight People to Create Positive Change!
We Can Do This Right Now!

The Power of Eight: Harnessing the Miraculous Energies of a Small Group to Heal Others, Your Life, and the World  Book by Lynne McTaggart

“During Lynne’s decade-long work on intention with prestigious scientists, she discovered an astonishing fact: when people carry out intention for each other in small groups of eight, miraculous healings occur – virtually in an instant.

In The Power of Eight®, you’ll read hundreds of documented cases of crippling arthritis, cataracts, multiple sclerosis, scoliosis, depression, IBS, chronic fatigue, and much more – all being healed just through people sending their loving thoughts in a group.

And when people continue to meet regularly in Power of Eight® groups, every part of their lives begins to heal: relationships, finances, careers, life purposes. Group intention has even been shown to end highly polarized groups.

And that’s the most astonishing revelation of all: people who intend for others see their own lives transform and heal.”

Lynn McTaggart – The Power of Eight – Quantum University
58 min video
“Discover how to tap into your extraordinary human capacity for connection and healing, using astonishing new findings about the miraculous power of group intention and its boomerang effect, What we send out into the universe comes back to us, magnified. Although the power of intention — the energy of positive thoughts — is widely accepted as an influential force in transforming lives, the exponential power of group intention has never been explored, until now.

Lynne McTaggart, an expert on the science of spirituality, reveals her remarkable findings from ten years of experiments about how group intention can heal our lives — and change the world for the better. When individuals in a group focus their intention together on a single target, a powerful collective dynamic emerges that can heal long-standing conditions, mend fractured relationships, lower violence, and even rekindle life purpose. But the greatest untold truth of all is that group intention has a mirror effect, not only affecting the recipient but also reflecting back to the senders.

Drawing on hundreds of case studies, the latest brain research, and dozens of her own university studies, The Power of Eight provides solid evidence showing that there is such a thing as a collective consciousness. Learn to use it and unleash the power you hold inside of you to heal your own life.”

The ‘3.5% rule’: How a small minority can change the world
May 13 2019
“Nonviolent protests are twice as likely to succeed as armed conflicts – and those engaging a threshold of 3.5% of the population have never failed to bring about change.”

“In this unprecendented moment of potential and challenge, one of the largest UNIFIED gatherings of meditators happened globally on April 4th, 2020”

“We are celebrating our togetherness, our resilience and our love, with a 12 hour global broadcast with wisdom keepers, teachers, gurus, musicians, mystics, new paradigm scientists and solutionaries together to inspire and uplift”

This will culminate with the Global Synchronized Meditation at 7:45pm PDT where we all gather together and enter into UNITY”

Another possibility is that here at Heart Plan Vision we could develop a platform where the new 1% could sign a pledge.  This way we would have a central database counting the numbers, and have a greater chance of avoiding overlap of same names.   This could be fun – have a counter and advertise it.  This way we would be able to watch the numbers grow to our critical mass.  We could even show the globe and the total numbers within each country!

The Magic Number of People Needed to Create Social Change
Your Voice is louder, and more meaningful, than you think.

“This study published in Science has quantified the number of people who need to take a stand before they can affect societal change on important topics like sexual harassment and human rights.  And that number?  It’s a mere 25% of any group.”

Note:  If we consider there might be greater accuracy to this 25% than the 1% –
the numbers needed for a transformational shift would be 1.8 billion people.

So within current research ranges we are somewhere between
80 million and 1.8 billion people needed
to up-lift their consciousness for a planetary transmutation

“COELIblue is a niche global social network, resource community, and multi-sided marketplace serving the 200 million+ ‘cultural creatives’ (as described by Paul H Ray in his book The Cultural Creatives: How 50 Million People Are Changing the World, 2000).

I created COELIblue so that we can explore how together we can co-create a more conscious, equitable, and loving future, a Global Holistic Culture(TM) that is not only sustainable but regenerative.”
~ Robin Villaverde, founder

Anik is a teacher. His immediate goal is empowering 1 Million Entrepreneurs to live the life of their dreams
Lurn Nation is home headquarters for this vision.

Let’s begin with noting here numbers that have been identified

As of Feb 2020 Kerry Cassidy has identified 64 million unique visitors.
Project Camelot has become a leader in the area of whistle-blower testimony.

One Facebook Page * Collective Evolution
Has 5,355,954 Likes as of 3.30.20
Over 5 million people who resonate with their message!
Founded by Joe Martino in 2009
“Collective Evolution” is about
“Consciousness Education & Conscious Media –
Providing viewers with the solutions and tools necessary to build
self-awareness, expand consciousness,
connect with self and be an integral part of shifting our world”
As of 3.30.20 they posted this message
‼️”Important note: Facebook is really giving us a hard time, censorship has gone too far.
Since we can’t reach people and our page may be deleted by FB soon,
we are asking people to do two key things to stay in touch”:
👉 Join our email list here: http://go.collective-evolution.com/ce-insight/
👉 Join our Telegram Channel here: http://t.me/collectiveevolution

These are social media figures from 2020

Twitter  330 Million Monthly Users
There are 330 million monthly active users and 145 million daily active users on Twitter. 63 percent of all Twitter users worldwide are between 35 and 65.

YouTube is now pulling in over 1.8 billion users every month — and that’s just the people who are logged in. That makes YouTube Google’s most popular service, with even more users than Gmail. YouTube’s monthly user number is nearing that of Facebook, the world’s largest platform, which has over 2 billion users.  May 4, 2018 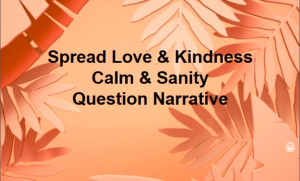