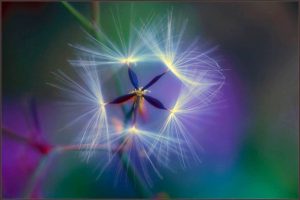 Start with Heart Plan Vision page on Climate Chaos
Question Everything
“Know the outcome and know the journey”
Is the Climate issue a hoax?
Is there a bigger agenda behind it?

Greta Thunberg
Is she a pawn of the global elite?
See David Icke insights on this and Greta and World Economic Forum
Suggestion – go to David Icke website and under search function
Search for Greta Thunberg for a resource of articles and videos “We Are Striking to Disrupt the System”:  An Hour with 16-Year-Old Climate Activist Greta Thunberg
Sept 11 2019 interview with Democracy Now

“Last year, climate activist Greta Thunberg launched a school strike for the climate, skipping school every Friday to stand in front of the Swedish parliament, demanding action to prevent catastrophic climate change. Her protest spread, quickly going global. Hundreds of thousands of schoolchildren around the globe have participated in their own local school strikes for the climate.

Since her strike began in 2018, Greta has become a leading figure in the climate justice movement. She has joined protests across Europe. She has addressed world leaders at the U.N. climate talks in Poland and the European Union Parliament. She has even met the pope. And now she is in New York to join a global climate strike on September 20 and address the U.N. Climate Action Summit on September 23. Greta has refused to fly for years because of emissions, so she arrived here after a two-week transatlantic voyage aboard a zero-emissions racing yacht. She is also planning to attend the U.N. climate summit in Santiago, Chile, in December.”

The evolutionary power of Greta Thunberg,
the young Swedish climate activist, and her visit (via sailboat!) to the UN Climate Summit 2019
A perspective from The Daily Evolver

Do Younger Generations Care More About Global Warming
An insightful article published June 11, 2019
by Yale Program on Climate Change Communication
One piece of hope I found in the article was it’s identification of levels of engagement
“In our December 2018 and April 2019 surveys, younger generations are more engaged than older adults on several measures. For instance, younger generations are more likely than older generations to view global warming as personally important and/or to express a willingness to engage in climate activism.”